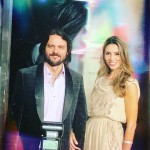 9.26.17 Excited to let you all know that our song is on the soundtrack of Flatliners starring Ellen Page, Kiefer Sutherland, Diego Luna & Nina Dobrev. It’s a remake of the iconic 80s Joel Schumacher film with Julia Roberts, Kiefer Sutherland and Kevin Bacon and the new version is even darker. Our track, a collab with the brilliant DJ Cajjmere Wray, plays in a big party scene with all the protagonists dancing to it, so we get double the kick out of this one. The Club Mix of this song took Billboard’s Top 20 Club Play by storm earlier on so we’re happy to keep the world dancing! 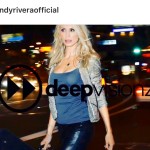 4.12.17 Thrilled to be working with this crazy great talent again!! The man has the best ear for uber groove bar none and when you hear this remix your brain is going to pop. Get ready to go wild to the Frederique Remix this Summer. We will be premiering the original and a few awesome remixes of it once the weather gets HOTTT. 2.20.17 LA/Toronto club scene superhero DJ Cajjmere Wray is remixing Rockets Fly and we cannot wait to share it with you all soon! Last time we collaborated on a track it became Billboard’s #3 hottest debut before it broke into TOP 20 CLUB PLAY for over 9 weeks. Excitement in the air and some really crazy beatz.. 8.19.16 Very happy to find ourselves in the center of an article about Polish-born artists making it big in the US. Thanks Nowy Dziennik & Wprost! 2.6.16 The Choice official music video for our song ‘Daylight’ was featured on ET Entertainment Tonight on CBS today and will be played again tomorrow morning and Sunday night. Great shout out to Natalia followed by the video presentation – very exciting especially since ET hardly ever shows music videos! You can see it here. 2.2.16 The star-studded premiere of The Choice took place last night at the Arclight Hollywood and we have the red carpet report for you here. Natalia and Mick attended with director Ross Katz and the brilliant cast of the movie: Ben Walker, Tez Palmer, Maggie Grace, Alex Daddario and Tom Welling. Our friend and stunning actress Sasha Alexander joined us on the red carpet with a host of other Hollywood luminaries. The movie hits theaters this Friday 2/5 and we can’t wait for you to see it! It is such a special picture and Daylight sounds so good in it! Ben and Teresa (Travis & Gabby) have the most onscreen chemistry of any Nicholas Sparks stars since The Notebook. 1.30.16 Lionsgate releases ‘Daylight’ the official video of ‘The Choice’, the new Nicholas Sparks movie, which hits theaters this Friday 2/5. You can find the video on Buzzfeed or watch it here. It features breathtaking footage from the film and The Choice’s brilliant cast: Benjamin Walker, Teresa Palmer, Maggie Grace, Alexandra Daddario, Tom Wilkinson and Tom Welling. 1.29.16 Our new single is now officially out on The Choice soundtrack album. So happy to be a part of it with such greats as The National, James and Marcelo Zarvos, the film’s score composer. Thank you all for your support and lovely messages & click here to hear the song <3 <3 <3

New single DAYLIGHT on THE CHOICE soundtrack album! You can pre-order on iTunes today! 12.20.15 Daylight is now on the The Choice soundtrack album (Milan Records)! How’s that for a Xmas treat: the album goes on pre-order on iTunes this morning and our song is the official preview – only track you can hear and download today (click here). Album release January 29!

‘DAYLIGHT’ on the soundtrack of THE CHOICE! 10.1.15 Thrilled to report that Mick and I just wrote our first song especially for a movie soundtrack. A gorgeous romantic Nicholas Sparks story The Choice, directed by the amazing Ross Katz (Taking Chance) and shot entirely in the breath taking landscapes of North Carolina. This film is such a beauty! and a romance that will sweep you off your feet. We are proud to be a part of this phenomenal project and can’t wait for you to hear our song on this soundtrack!